Crazy In A Birthday Way

On Dec. 6th, 1955, at 8:31 PM, a crazy guy came into this world. He probably came out blowing raspberries, but out he came anyway. The same year, this crazy guy’s favorite animated film LADY AND THE TRAMP was released and the original DISNEYLAND opened for the first time.

In 1955:
* Marian Anderson become the first black singer to perform at NYC’s Metropolitan Opera
* The game of SCRABBLE made it’s debut
* Ray Kroc opens his first McDonald’s
* BLACKBOARD JUNGLE opens in theaters, causing an rock and roll uproar
* The WARSAW TREATY is signed
* THE $64,000 QUESTION premieres on ABC
* GUNSMOKE begins its run on CBS
* JAMES DEAN is killed in a car crash
* OKLAHOMA is the first 70MM film shown in theaters
* ROSA PARKS refuses to give up her seat to a white person on a city bus in Montgomery, AL and is arrested.

CRAZY IN A WAY THAT NO ONE ELSE COULD BE is a line from my favorite Barry Manilow song ”ALL THE TIME”. Yep, I love Manilow music. I’ve been a Fanilow ever since my little brother Tommy started to love his music and respond to the rhythms and the words. This song is the story of someone who has always been blind to what he has. He constantly searches without stopping to see that he may already have what he needs. He is crazy in his own unique rhythms and thoughts and actions. He is not nuts but just too driven to stop for a second.

As I battle this Interstitial Lung Disease and work to delay the inevitable for as many years as possible, I also am “crazy in a way that no one else could be”. I’m still crazy in my dreams and expectations, but this craziness is not tempered with reality. Reality intrudes all too often. Reality must be obeyed. However, “crazy in a way” people will always challenge reality, sometimes successfully, sometimes not. But challenge they will, and always will.

And it is crazy to want to sit and mope on your 56th birthday but you do it anyway. ALL THE TIME is about missed opportunities, missed connections, missed chances and missed craziness. But it is not about regretting them, it is about embracing them and moving on. That is what today is like for me. Missing what I had and could have had. Embracing my dreams and not letting my crazy in a way reality hold me back from trying.

It is a daily struggle turning 56 when you don’t know how much farther you will count. It is crazy to hope to find 10, 20, 30, or more fingers and toes to count as high as you can dream. It is crazy in a way to think you can tackle your own personal Everest going forward. But it is crazy in an irresponsible way not to remember the outpouring of love and support from family and friends both near and far. Just a check of my Facebook and Twitter feeds will show you how crazy in a way it is to have such treasured people along with my on my journey.

Today I had a good checkup with my primary care doctor and on Monday I see my lung specialist at Penn Lung Center to see how our crazy in a way method of attack on this disease is going. I still have my maintenance workouts twice a week and Bryn Mawr Hospital. Thanks to a good friend, I am going to tackle my crazy in a way fear of large crowds while wearing my oxygen by going to the PHILADELPHIA FLYERS game on Saturday.

If you want to read more about my lung disease, check out this link from the MAYO CLINIC.

I am turning my attention to developing a support network among other ILD patients so we can share our crazy in a way life. There are so few out there for my disease and frankly very little real world knowledge of it.

And I am going to try to enjoy my birthday in my own crazy in a way method. That will involve family and friends.

in a wonderful way, that ain’t so crazy, is it? 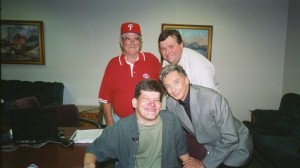 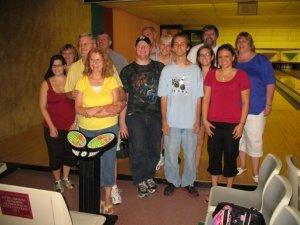 ALL THE TIME by Barry Manilow.

CHORUS
All the time, all the wasted time
All the years waiting for a sign
To think I had it all
All the time

All the time, all the wasted time
All the years waiting for a sign
To think we had it all
All the time

One comment on “Pulmonary Tales: Crazy In A Birthday Way”