Well, nothing like a sports packed Fall Sunday to forget your troubles. Well, I didn’t forget my troubles, they still are lurking behind me, doing the evil things lurking troubles do.

However, to banish them for a second, Let’s do ANOTHER PHILLIES BLOG (Special Guest Stars: The Philadelphia Eagles).

Of course, the Eagles took care of the Atlanta DirtyBirds and improved their record to 4-2 . This is extra sweet when you know that the Dallas Cowgirls have 1 win. HaHaHaHa. That huge new palatial stadium, built in the hope that the Super Bowl held there would involve the MooGirlies probably won’t get it’s wish.

Kolb played a great game, DeSean Jackson had two scores before a devastating helmet on helmet hit took him out of the picture, and into our prayers for a safe recovery. Most of the pundits I have talked with or heard from saw the hit as grueling but also legal by definition in the NFofL.

Then the most ludicrous thing happened. Ryan Howard showed up on out HD screens with Tony Siragusa on the sidelines, pumping up the Eagles crowd, playing with the Fox toys, and probably watching his girlfriend perform. He had 4 live shots, at the behest of FOX and MLB, and Scott Palmer made an background extra check.

Afterwards, he rode all the way to Citizens Bank Park on the back of the Phanatics Four Wheeler.  (See phony photo at the end of this wonderful blog post for a fun shot.). No helmet!!! Hasn’t he seen the Phanatic drive?

So, what should explode but a bad case of no one tolerating anyone elses opinion unless it concurred with their own. Many felt that, on a NLCS Game Day, Howard at the Eagles game was time better spent on focusing. Others did not begrudge him being at the game, but had issues with THE RYAN AND TONY SHOW . Others felt that whatever Ryan did was fine, it was his personal time. There were plenty of other opinions.

The ludicrous part was NOT Ryan Howard doing any of this. It was the level of vehemence aimed at anyone who held an opinion differing from their own. Some were idiots, some were mocked hours later, and some were simply dismissed by writers and bloggers and Tweeters who know each other as hoi polloi. ( I was in the camp that time would be better spent elsewhere on an important GameDay that led to a Cross Country flight the next day and an afternoon ballgame on Tuesday.)

What really disappointed me was the level of ridicule that some Tweeps and bloggers used, not on Ryan, but on those who dared to question it. Not everyone reacted like this, but for a few people, this was not a debate or conversation involving two different sides, but a trash talk smackdown that, at times, seemed aimed at directly mocking the fact that someone disagreed with them. Disappointingly, some of this came from bloggers and writers who I respect and still do, but yesterday, they mystified me.

Many of these were pure dismissal of anyone who questioned the appearance. And just when it looked like it had died out, Howard got a hit that night, and the vindicated tweeps felt the need to reopen the case for more ridicule, and to point out how wrong those who questioned Howard were.

I’ll allow you to ridicule now because this blog is not filled with sports math, and I cannot quote averages off the top of my head. I do not have “sources” and “the inside dope” or a chummy relationship with someone somewhere. I’m just a fan, a fan with a right to my opinion.

Deal with it, but when you disagree, deal with it with a nod to discussion, not annhiliation.

So, you all know how the game went. Phillies won 6-1, showed signs of smartly manufacturing runs, showing the thrill of getting more than one run an inning, and a tremendous pitching and hitting performance by Roy Oswalt. He showed what has been lacking the last game, the “go for it now” attitude that this moment counts and you better make it work. Sure he could have stayed on third, and hope to be driven in. However, he smartly sized up the situation and seized that moment, rather than chancing the wait and see. Best move of the night.

So, it is off to Game 3, and the knowledge that we still have 4 games that could be pitched by three amazing pitchers. All is well in PhilliesTown.

And hopefully, all is well in Twitter Town. No problem with differing opinions. Just accept that others will have them as well. 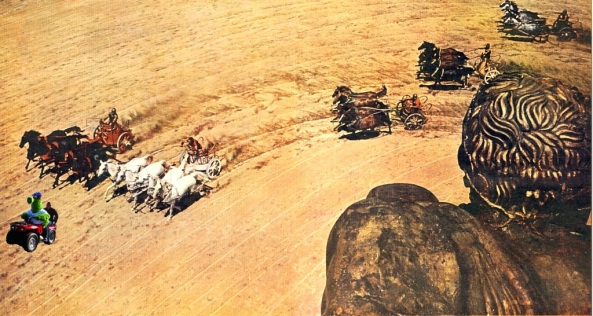 So much has come around in the last 40 years to change the way you spend your leisure time. The granddaddy of what I am talking about is home video.

It is pervasive, and maybe too pervasive in everyone’s homes (and outside as well now). It actually started when AVCO and Sears introduced a system called CARTRAVISION  in the late Sixties. 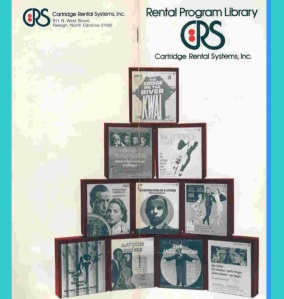 After that came the SonyBetamax, followed by VHS and the soon-to-be-forgotten U-Matic (Quasar).

Of course, we now have DVD and Blu-ray, and my total hated of vending machines for video rental. And I am not a Netflix fan either, but that is for another day.

What each of these shared was that they in some way revolutionized what up to then had to be delivered to the home by antenna and cable. Before then, feature films could take four years to show up on your home screen. However, these  films became events. They became what you planned around. NBC SUNDAY NIGHT AT THE MOVIES was watched on NBC on Sunday Night, or you missed it.

Many will say that it is great that we don’t have to time it like that anymore, but something was lost in the move to continual access to material at all times. While it is great to be ON DEMAND to watch something, it has become less special to watch a film or an event.

One of the major TV events of my lifetime was THE BEATLES appearing on THE ED SULLIVAN SHOW. Think about it. So many millions of people would say that they saw history that night, and talk about it the next morning, and not worry about revealing “spoilers”. Sure, there are not so many events that are truly “of the moment”, but sadly, that shared experience is fast disappearing from our lives.

Probably, only the final episodes of LOST approached that feeling this year, and yet, many people watched at their leisure, on their DVR’s, on demand, or on computer. However, for all but the real time viewing, the “event” is lost  itself. Once it is put off, or done later, it may be entertaining, but it is no longer special.

We share by blogging about what we’ve watched, we share by posting comments on Twitter and Facebook, we share by e-mail. How many even really plan a night in front of the TV based in the excitement of what they can watch, instead of by sitting down and seeing what Netflix has delivered or what is on the DEMAND menu?

We even take a film made in IMAX and talk about how exciting it is to watch it on a 4 inch screen. I still do not get that one. I’ve had mini-TV’s for convenience at sporting events and such, but never have I enjoyed trying to watch a film on one. Smacks of gimmick to me.

So, this started out as a chastise to the way the Blu-ray studios are fucking up Blu-ray beyond repair, and has turned into a nostalgic and probably unrealistic return to yesterday, or not yesterday, but a bit more specialness to what was once a special experience.

When I was a kid, CBS would show THE WIZARD OF OZ every year, once a year. They made it a big event. The film was bookended with intros and material, hosted by Danny Kaye or Dick Van Dyke. We would go to relatives or friends houses to watch it, and watched it attentively, knowing that it would not be back until the next year.

Danny stood in front of this long staircase that lead to what seemed like the sky, the skys the limit. Who knew that climbing that staircase would not allow you to turn back to the good feelings of a special event.  Current ways to access films and entertainment are all convenient and available, but they are not special, they are just there.

Yes, they were my life for 27 years, and I hope that it will be part of my professional life soon again. But my interest and love for the home video business was always the shared experience  of both watching and helping to choose. IMHO, that is lost in front of a computer screen.

In the last 18 months, I haven’t changed my opinion. In fact, it has gotten stronger. Unfortunately, things are looking weaker for my thoughts. Bluray and DVD selection is available in fewer and fewer retail spaces, and those selections are much less thorough than before. CD’s are being forecasted to be severely affected this year.

And I even read tweets from independent filmmakers who prefer to watch films on a portable unit, not an HD TV set.

I’m working on a post now that looks at my own perception of the changes in movie going experience throughout my lifetime. I’ll post that in the next day or so.

In the meantime, I take my films on a screen experience that can both be shared with other and be comfortably watched by myself.